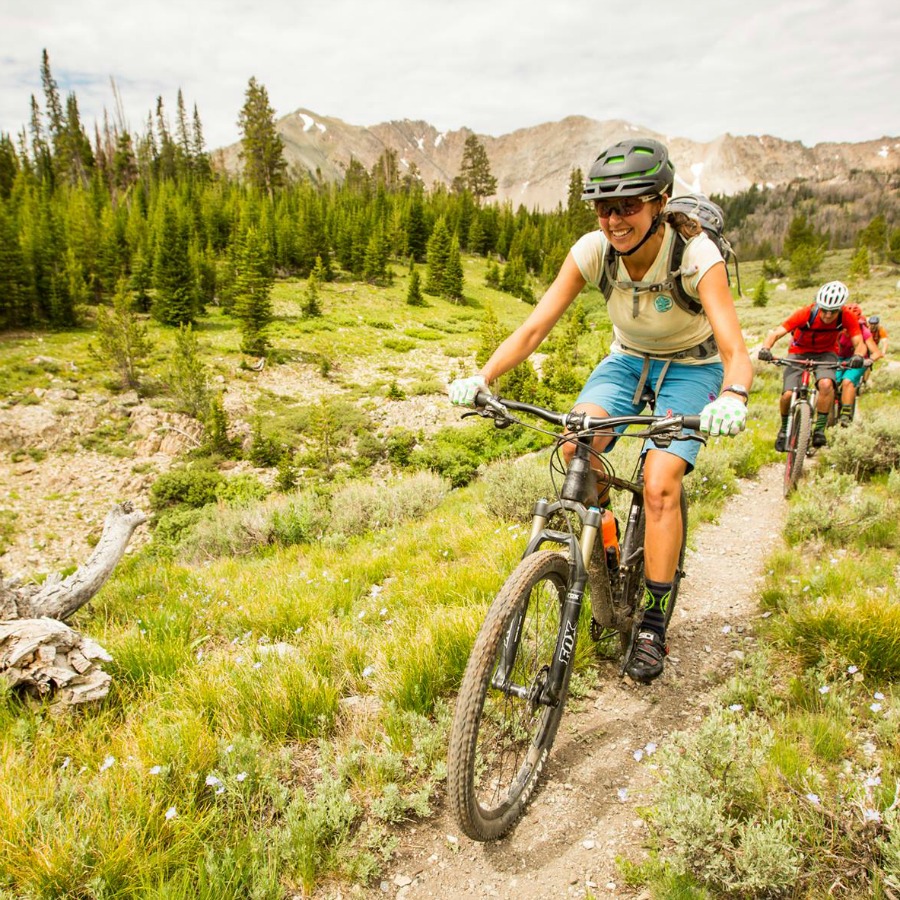 With a passion for the valuable food Idaho land can sustainably and efficiently produce, Brett Stevenson is committed to bringing nutritious grains, seeds and flour to our community. She has tirelessly applied her masters degree in environmental studies to her family’s multi-generational legacy of organic wheat and barley growing, culminating in the new Hillside Flour & Grain Mill coming soon to the Wood River Valley. Here’s what Brett said when asked about her family’s Hillside Ranch and what’s on the horizon:

How long has your family grown barley?
About 45 years.

Do you rotate barley crops with something else? Why?
Typically, alfalfa for the nitrogen, and considering other legumes. Cover crops as well for building soil nutrients and water holding capacity as well as reducing weeds and soil erosion.

You have mostly grown barley for brewing. Is that changing?
Yes! My dad has been growing high quality malt barley for Coors for a long time. They have been great to work with; in recent years, together with The Nature Conservancy, they made it possible for us to implement some pretty significant water savings projects on our farm. We subsequently became MillerCoors’ Showcase Barley Farm.

Do you sell your barley to local brewing operations?
Historically, no, because there was no way to malt it. Craft maltsters are beginning to emerge, which will change this. We are working on malting some organic barley right now for local breweries. Keep your eye out for a local and organic malt beer! Hopefully someday in the future we will be able to malt as well.

Are you interested in growing food barley? Why?
Yes! When we eat barley, we are generally eating malt barley, which is fine, but falls short in the nutrition department. This is because low beta glucan is desirable for malting and brewing, so malt barley is low in beta glucan. Beta glucan is an immune booster, optimizing the body’s response to all sorts of diseases and infections, as well as lowering cholesterol. It is taken as a supplement for everything from colds to cancer and it is only found in fungi, oats and barley—food barley! Food barley has higher levels of beta glucan and is super tasty. There are beautiful purple varieties and all sorts of neat heritage varieties that I have been testing, in addition to newer University of Idaho varieties.

What is your favorite barley recipe?
I’m discovering new ones all the time, but right now I am really into barley flour crepes and whole grain barley (which is the barley seed!). I grow hulless food barley which is delicious in the morning with nuts, dried fruit, milk and maple syrup, or added in a kale salad with feta, lemon, olive oil and finely sliced red onion.

Can you tell us more about your commitment to water conservation on your farm?
Our water resources are over allocated while the demand grows and supply trend decreases. Water conservation is essential. In addition to the irrigation changes and soil enhancements mentioned above, I am optimistic about grain as it relates to water needs.

Growing grain suits our soils and climate, but it is also good for us because we turn its irrigation off in July. We have been experimenting with winter grains, which means they are planted in the fall and go dormant under the snow. In the spring, they are already established so there is reduced soil erosion, weed competition, and irrigation needs. Additionally, they are harvested earlier, so the water is turned off even earlier. This year, I am planting a perennial grain for the first time. Yep—perennial! It grows like a grass always covering the soil and has a root system 10-15 feet deep. It won’t even be irrigated.

How has that transition impacted crop yield?
The irrigation enhancements have not significantly impacted yield. There is a lot of research going into these techniques to ensure that yield is not negatively impacted.

Winter varieties can have higher yields; they can also be lost to snow mold. Farming is risky and you only get one chance a year. The perennial grains are still in a bit of an experimental stage and so far the yields are low.

How difficult was it to implement? Do you think it would be effective for other crops?
Changes can be time consuming, expensive, and risky; but we work in a changing environment, so we too need to change and adapt our practices. It’s an evolution and we are all learning.

Where are Hillside Ranch’s barley products available for purchase?
After the 2017 harvest, we will have fresh grain and flour available. Look for Hillside Ranch Flour & Grain in local markets, ingredient lists, and online for direct sales.